Lost in the Eighties

I should probably get myself to read "Lolita" soon, since it's languished on my bookshelf forever and ever while I read a whole bunch of less famous Nabokov novels. We'll see. Maybe soon.

Parts of this one are Nabokov at his best; parts are Nabokov getting way too cute. I was repeatedly reminded of that Updike quote about writing "ecstatically," and not just because it's pasted on the cover of every one of Vladdy's paperbacks; the best parts of "Bend Sinister" drive that line home. It's amazing to watch. Read. Whatever.

But then... other sections just slog. It reminded me a bit of Kazuo Ishiguro's "The Unconsoled" (which I still haven't finished) -- at times gripping and fun to read, and at times just irritating.

Checkout clerk: you having a good morning?

Woman behind me in line (brightly): I'm having a great day, but some other people aren't!

* She wanted to remind us all that even if we're doing all right, other people in the world are suffering. But she forgot to modulate her voice tone.
* She'd just murdered her entire family.
* She's a cop, and was getting set to bust the neighborhood crack house.
* Something I'm missing.
Posted by gsdgsd13 at 8:12 AM No comments:

All Heads Turn When the Hunt Goes By 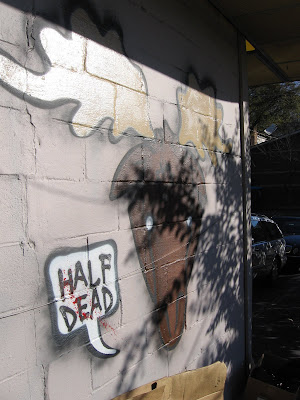 All I Wanted Was Some Lo Mein

There's a food court in the atrium of the building where I work, and despite multiple resolutions to bring my own lunch more often, I eat a good 95 percent of my midday meals there. And out of that, it's probably running about 9 of 10 in the little Chinese place -- it's cheap, it's quick, and there's enough selections that I can switch it up every day and fool myself into thinking that I'm not in a food rut.

I guess the holiday got the workers a bit introspective. There's a guy right outside the place offering free samples. Today, he asked me how my Thanksgiving was -- I said fine. Asked how his was. His was fine as well -- then, he added: "We made it to another Thanksgiving. That's good, man. That doesn't always happen."

On to get the food (today: vegetable lo mein, sweet and sour chicken, pepper steak). The lo mein-disher said "man, you're always working." I laughed politely -- yes, why I do work a lot and wouldn't mind not doing it, very true! Then: "it's good you're always working. Because otherwise you wouldn't be working -- and that's going to happen sometime."

Apropos of nothing, a Thanksgiving selection of nicknames that have been bestowed upon me over the years:

* Greg the Egg
* Eggist
* Fireball (one reference, in the Triggerman "Dead Like Me" thanks list)
* Diablo (I actually planned for years to get an El Paso Diablos baseball cap, but I was lazy and now I don't live in the same state as anyone who ever called me this)
* Jeffy (in "honor" of former Bucs (and everyone else) quarterback Jeff Garcia)
* Jefferson Old Bean (variation on previous)
Posted by gsdgsd13 at 4:57 PM 3 comments:

The Empty Bottle Was Half-Empty

I did a little searching on Judt recently to see if he had anything new coming out, and geez, he's apparently been stricken with a pretty severe case of ALS and is now paralyzed from the neck down. Details here. Horrid news and I wish him all the best. That spurred me to finally take "A Grand Illusion?" off my shelf and give it a full read. It's a collection (or adaptation, not really sure) of three lectures on Europe from the mid-1990s. The first one talks a lot about the European Economic Community and agricultural laws and the like, which is why I never got through it before now. Getting by things that I'm not really into, it's very good, of course, though parts are outdated. No longer much of a question over whether the Baltic nations will get into the EU or whether Schengen will be expanded. But the more timeless issues -- nationalism especially -- get good treatment.

"Wizard and Glass" is part four of King's "Dark Tower" series -- I get to this now after last reading part three in 1993 or so. That's probably not ideal as far as keeping up with the plot, but it's easy enough to get back into it. I won't take 16 years to get to part five, but I'm not going to rush to it either -- even though about 75 percent of this is up there with King's best work. The lengthy flashback to the main character's youth takes up most of the book and is fantastic. When it gets back to the "present" and his journey with three damaged people from the real world, my interest subsequently plummets. It's interesting and a fun ride but I'm not sure how cohesive the whole thing really is -- just in this volume alone (and with a very sketchy memory of the others) it seems more like Dungeons & Dragons than a novel. The characters meander along and get new challenges tossed at 'em. But I also know this series ended up being pretty well-loved so I'll get back to it at some point.
Posted by gsdgsd13 at 9:31 AM No comments:

Ok, time to catch up on this, too. And then maybe -- maybe -- I'll write about something else.

Just when I think that I've read all the books about the Balkans -- all of 'em! -- something comes along and proves me wrong. The Seierstad book is a series of interviews with Serbs that she's known over the years. Making it fascinating, she spoke to the same people at the same crucial milestones over the years. After the Kosovo war, around the fall of Milosevic, after the assassination of Djindjic. Everyone's represented from all along the social and political spectrum. Seierstad is involved with all these stories (she's speaking with the people and spending time with them, after all) but she isn't an intrusive presence. Another excellent Balkans book.

"Miss Stone" is a Balkans book as well -- the story of the little-known (well, perhaps. I didn't know about it) 1901 of an American missionary and a friend in the Bulgaria/Macedonia region. There's not a lot of suspense as to the hostages' fate, but there's some interesting information on the era in here.

"Moneyball" -- years ago, back when this was kind of/technically a hockey blog (and kind of/technically something I updated more than once a week), one of my very very favorite blogs was Fire Joe Morgan. It's dead now but I still go back to the archives for cheer in dark moments. FJM was kind of a backlash to the backlash against "Moneyball," so it's kind of sad that I'm just getting around to reading this now. (I blame a lack of interest in baseball since the mid-'90s, and a general and stupid aversion to bestsellers.) So, speaking as the last person on earth to read this -- it's great. It's not just a book on baseball -- it's more a book on finding alternatives to traditional methods and finding new ways to make decisions. Read it just about straight through and it gets an A+.

"The Colorado Kid" -- I haven't read a new King novel since the 1990s (last I finished were the horrendous "Regulators"/"Desperation" duo -- since then I've tried to get into "Bag of Bones" and "The Girl Who Loved Tom Gordon," and a couple others sit on my shelf). This was a nice quick diversion, less than 200 pages. It's part of the Hard Case Crime pulp series, but it's neither hard nor pulp. Kind of a relaxed, quiet mystery. Something that's not often noted about King: the guy's got a real gift for writing about the natural beauties of Maine (never been there, so I'm taking his word for it). Again, pleasant and a really zippy read. I kind of wished for a bit more, but who am I to be so greedy?
Posted by gsdgsd13 at 5:55 PM No comments: 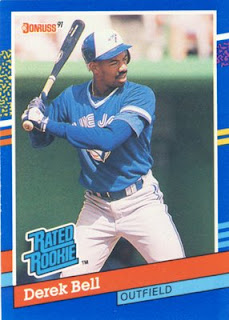 I've gone kinda Derek Bell on this lately, but I'm back now, for the time being. Spent most of the last week in DC, which was as always inspiring and loads of fun. Best line, from homeless dude: "Buy me a fuckin' sandwich!" I had no cash and no time to spare, but kudos to sandwich guy for being direct.
Posted by gsdgsd13 at 7:18 PM 2 comments: