In lieu of any actual writing, a photo from PPA pal MMW: 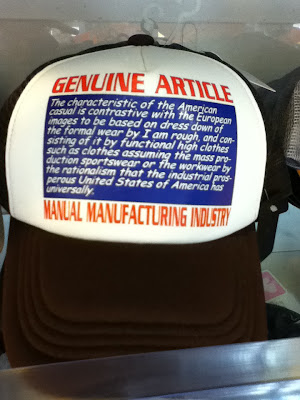 Posting continues to be sporadic, but that's because most of my energies are going to the book (that rumored book, that damned book). Earlier plans have been scrapped and I'm revising/revisiting a lot, but anyone who wants to read it in semi-serial form, drop me a note (either in the comments or at the rarely-visited PPA e-mail address).

No real reading lately -- can't focus on anything -- but I did get through one (re-read):

Yes, another Dortmunder novel. I remembered not liking this one as much as the rest, but either that was erroneous or my tastes have changed -- laughed my ass off.
Posted by gsdgsd13 at 8:31 PM 4 comments:

I recently was gifted (?) with a bunch of my old newspapering notepads that had been moldering in my folks' house for more than a decade. Being an environmental sort, I've been going through them and tearing out the old notes for recycling, while saving the unused paper so that I have more loose sheets of paper floating around the house.

95% of the notes are about horrible hippie bands in Boulder. 4.99% are administrative notes. And then there's this cheery one, apparently from 1998 and headed "Problems":

I'm sure I was deadly serious when I wrote that, but today it made me laugh out loud.

Despite evidence to the contrary, I still do read books:

#43 -- "Be Not Afraid, For You Have Sons in America" by Stacy Sullivan

Whew. All good here, if you want the one-line wrap-up. Sullivan's book is on the Kosovo war, from a perspective I haven't seen much of: the KLA guerrillas' point of view. A worthy addition to my growing Kosovo library.

"Upside Down" is chicken soup for the lefty soul; energetic and inspiring, kinda preaching to the converted but with some interesting perspectives that I'd never considered. "My Battle" is a blunt, honest memoir of the Algerian war from the French side; riveting and harsh.

Like all of LeCarre's books, I loved "The Secret Pilgrim" -- it feels a bit lighter than some of his others as it's (essentially) a collection of short stories linked by a framing device, but I'll take light LeCarre over lots of other things. And "The Geography of Bliss" is a good time, funny as hell as Weiner travels the globe in search of joy. Made me really want to go to Iceland and Bhutan; made me really not want to go to Moldova. Obviously, I could have used this book in 1998.
Posted by gsdgsd13 at 8:56 AM No comments:

Line of the weekend:

"I used to take my clothes off to this song!"

-girl at bar, when something by Danzig came on

After an insomniac night Friday, I went to the gym early Saturday. As I drove home afterwards, I had a moment of panic: "Oh, shit, did I forget to put my pants back on?" Good news: I was wearing pants. Bad news: dementia is obviously setting in.