The dog days of August get me again. The Ski Bum and I went to Mexico for a week, then when we returned we both suffered post-vacation torpor and ailments, then my internet crapped out for a few days. And things have been busy. And I've still got that torpor (I haven't uploaded most of my vacation pics yet, for one).

I've got some stories to tell, like my run-in with the cops in some backwater town, but they'll have to wait (I'm tired, still a bit ill, and in the midst of one of my three fantasy football drafts). But they'll come -- I've got some writing in me.

In the meantime, though, other people's writing:

Many years back, a music critic told a friend: if you can write well about jazz or hip hop, you've got it made in this business. Which may explain why I flamed out as a music writer. I love jazz. I can't write word one about it, though.

Geoff Dyer can write quite well about it. I learned about this book through the Progressive on the Prairie -- I suggest you read his piece on the book, which is better than anything I can do. It's quite a book and one of the best things I've read this year.

#33 -- "The Dangerous Summer" by Ernest Hemingway

Ah Hem. Long time since I've read anything by him (aside from my ten-year effort to get through "Garden of Eden"). This is half brilliant descriptions of enjoying life and drinking with beautiful people, half stuff about bullfighting. To be fair, some of the bullfighting stuff is pretty gripping (and I still want to read "Death in the Afternoon") but ultimately I don't really know/want to know anything about the sport, so it's kinda lost on me. For completists only. Or people who grabbed it off a used bookstore shelf on a whim a decade ago.
Posted by gsdgsd13 at 8:46 PM No comments:

Close Your Eyes and Think of England

Heading out of town again, for the third time in the last month-and-a-half -- this strange little period of jet-setting ends after this, and I'll be Atlanta-bound for a few months. Not now, though, and it's actually a pleasant change to schedule just about all my out-of-town trips for the unbearable summer months rather than the pleasant spring/fall months.

I went to DC two weeks ago, for a 48-hour exercise in old-style drinking-too-much, and managed to take two photographs over the course of the trip: 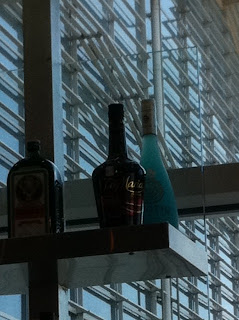 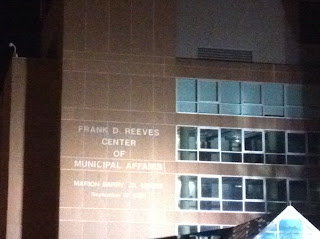 So there you have it. DC.

I like to imagine my British friends' internal monologues sound like this. It's hard to properly describe without weakening the joke, but an old British Boer War commander reviews all English international soccer matches. Clever and surprisingly subtle for something that's (intentionally) over-the-top xenophobic. Really, it's a lot funnier than I can make it out to be, just search "wingo" and "When Saturday Comes" and that might turn up some of the pieces. I laughed throughout, and I am normally a somber, humorless man.

There were four more books here, but sometimes Blogger says "Greg -- I'm autosaving right now," but then lies. And then when you hit "publish," you get a 404 error, and then find out that your draft cut out like 20 minutes ago. And then you say a really bad word, because really you need to finish packing. So you miss out on hearing about:

#30 -- "The Italian Job" by Gianluca Vialli and Gabriele Marcotti

Got to run but one last bit of self-promotion: read this! And go Liverpool today.
Posted by gsdgsd13 at 8:52 AM 1 comment:

So I usually try to keep this part of my life separate from that part of my life, but once in a while ego takes over: I've written a travel article on my favorite place, and I'm really rather proud of it. Go and give it a read, willya?
Posted by gsdgsd13 at 5:26 PM 1 comment:

Late to the Party

A while back, I gave Unsane a nice little tongue bath -- one of my favorite-ever bands, legends in the field, etc. Left unremarked at the time: I hadn't heard their most recent album, 2007's "Visqueen." Yes, kind of weird to go four years without hearing the latest album by one of my favorite bands. But I kinda figured I knew what I'd be getting, the logical follow-up to "Occupational Hazard" and "Blood Run." Something cool but not mind-blowing.

I was kind of right but oh so wrong. Motivated by extreme enthusiasm for one of Chris Spencer's other projects, Celan, as well as the late-last-year release of a new Unsane single, I finally checked out "Visqueen." I may have telegraphed the punch: this may be the best thing they've done since at least "Total Destruction," if not earlier1.

"Visqueen" is just nasty. Furious, but with that tightly-wound control that's made Unsane such a mesmerizing and ominous force for (gulp) more than two decades. "This Stops at the River" and "No One" sound like a hate letter to New York. "Shooting Clay" and "Last Man Standing" and a couple other spots on the album bring the bluesy element that's always lurked in the depths of Unsane's music to the forefront -- it's like Robert Johnson's playing guitar with a crowbar, man2. "Eat Crow" and "Disdain" are familiar headcrushers. I could probably do without the eight-minute dirge that closes out the album, but what the hell, if I'm gonna hear an eight-minute dirge I'd prefer it be by Unsane.

This is the lost soundtrack to "Escape From New York." Snake Plissken would dig this. Goddamn Unsane, man. They're still touring, too -- I hope they make it down here sometime soon.