I was going to reference Embrace's "End of the Year," but you know -- I think I've done that a few times in the past, and it's time to admit to myself that while that album holds a place in my heart and was a really big deal to me when I was young, I really don't like that song.

Anyway. 2009. I was planning to end my usual crappy posting schedule with a few wrap-ups, but there was a lot of travel and work in the last week, and the Ski Bum got me an iPod Touch for Christmas so I've been playing "Orbital" constantly.

Summing up: weird year, starting with an experience I never expected to go through, ending kinda quietly. I'm never truly happy to see a year end -- I tend to focus on things not accomplished -- but I do welcome the new start.

Book-wise -- after a pretty hectic pace this year, I haven't finished anything in almost a month. Mostly, this is because I started Robert Caro's "The Power Broker," which is one hillion jillion pages. I've since put that aside temporarily (at approximately 135 pounds, it's not a good plane book) in favor of Simon Sebag Montefiore's "Young Stalin," the wacky adventures of Josef and his merry crew.

Best of the year (read this year, not written this year):

Non-fiction - Asne Seierstad's "With Their Backs to the World," Jim Sheeler's "Final Salute"

And wrapping up the noughts, I was planning to think really hard about the best book published over the decade. I never got around to it so instead, the results of a quick ten-minute scan of my apartment's bookshelves: 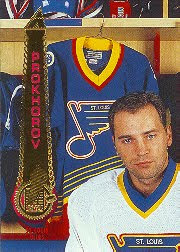 I've spent the morning in the traditional holiday way: recaulking my tub and now having a bloody mary. This evening I fly to Colorado, which will be fun, though just a minute ago I dumped bloody mary all over my shirt, and I was gonna wear this shirt, but now I can't because it looks like I recently had a neck wound. I'm only in Colorado for about 36 hours (back to work Monday) so this is gonna be whirlwindy as all hell, but I wouldn't miss it for the world.

There'll probably be some sort of end of the year spectacular, then lots more erratic occasional blogging in the new year. Forward!
Posted by gsdgsd13 at 11:29 AM No comments:

I'm Waiting on Friends and My Civic Duty

It's been a while since I mentioned my simmering obsession with the Salton Sea, but it's still there. I'd vaguely heard about a documentary on the place, then forgotten until this post kindly reminded me. I've reverted to bad Netflix habits -- picture a "Syriana" disc, staring balefully at me as it gathers dust -- but I went ahead and got "Plagues and Pleasures on the Salton Sea" and moved it to priority number one on the viewing list.

And the result is, it's pretty good. I could do without the John Waters narration -- it's kitsch and I don't like kitsch, and the tone downplays the sheer weirdness of the place. But that's only a small part of the film and the rest is illuminating. I've read a lot on the Salton Sea and its surrounding communities but never realized that there are more than a handful of people around there. Some are a bit odd, others just had hopes for the place that didn't pan out. Some is funny -- much of it pretty sad. Most interesting to me -- the latter part of the movie, focusing on discussions of ways to save the place, and the obstructions that have kept efforts from moving forward.

I know at least a couple of the people still reading this share my interest in seeing the Salton Sea. 2010 roadtrip!! Who's with me?
Posted by gsdgsd13 at 6:36 AM 1 comment: 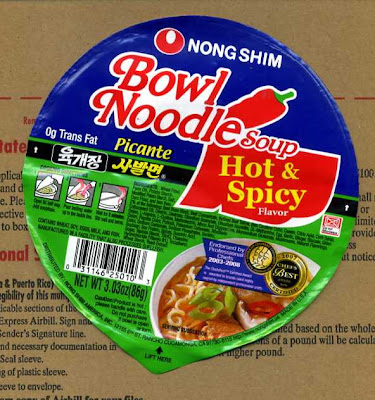 I haven't been sick this winter, which is kind of an achievement. "Big deal, Greg," you might say. "Lots of people don't." But living in a city where the temperature regularly changes 45 degrees in a day, and working in an office that's about the same as an airplane cabin, it's something. Usually I have some shitty horrid cold that lingers for weeks, never quite knocking me out enough to lie in bed for a week, just making me wish for my own death. But not this year.

Part of it's because I'm more boring than I used to be. I'm usually in bed by 10 and I don't spend as much time in smoky bars. But I'm going to go ahead and arbitrarily assign part of the credit to my rediscovery of Nong Shim's Bowl Noodle Soup, which is up there with fire on the list of awesomest things ever created.

The concept is simple: it's a Korean cup-of-soup that acts as a colonic for your sinuses. There's a bunch of flavors -- Kim Chi, spicy shrimp (which is ok, but smells like a seafood restaurant after a two-day power outrage), spicy pollo (because "pollo" is Korean for chicken?), but the one you want is Picante. Boil the water, fill up the bowl, wait three minutes, then eat it. And then tear open a box of kleenex, because your body is ridding itself of toxins.

Or ridding itself of something, at least. Honestly, I'm not sure what the long-term effects of this are -- I'm pretty certain that each bowl has your year's requirement of MSG. If I were a lazy investigative reporter, I'd just go down the ingredients list and churn out a series of scare pieces: "L-Alanine, the Silent Killer." "Methionine, the Silent Killer." And so on. It's also not reassuring that there's a little badge on the label -- "Endorsed by Professional Chefs, 2003-2008." What happened this year to make them rethink it?

Nonetheless, it's great stuff. And I honestly find Picante flavor really good. Maybe it's taking five years off my life, but geez, life spans are getting longish anyhow, and if I'm spared months of sinus trouble at this end of things, I'LL TAKE IT.
Posted by gsdgsd13 at 6:54 PM 1 comment: 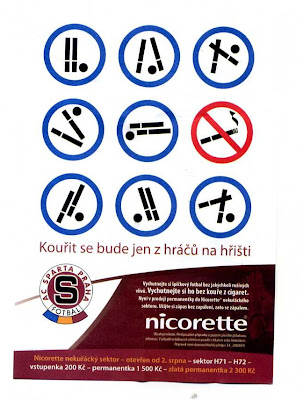 Things off my fridge department -- the above is either a PSA from Czech soccer club AC Sparta Praha sponsored by Nicorette, or just a Nicorette ad. I'm too lazy to translate. On one level, the message is pretty clear: don't smoke (note red circle). But the other eight circles make it confusing. Just what are they saying -- cigarettes should be playing soccer instead of being lit?

CIGARETTES CAN'T PLAY SOCCER. THEY HAVE NO LEGS.

I'm not a big stand-up comedy fan, so I ignored this when it came out; I generally like Martin's pieces in the New Yorker, and I liked the excerpt of this when it was published in the same magazine, but not enough to push aside a dozen Balkan books for it. Picking it up a bit late, though, it's an interesting read. An in-depth analysis of how he developed and honed his craft, and then (the most interesting part, for me) why he quit doing stand-up. No false glory and no false humility -- it's a pretty honest read.
Posted by gsdgsd13 at 6:49 PM No comments: