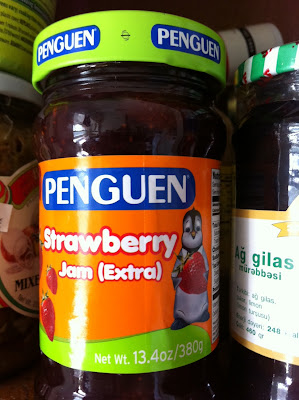 Folks, this is how you get me to buy your product.
Posted by gsdgsd13 at 9:53 PM No comments: 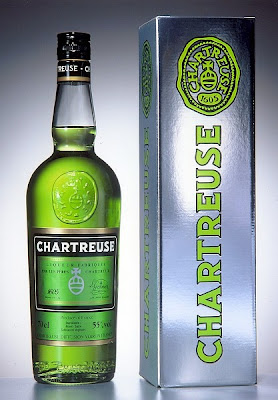 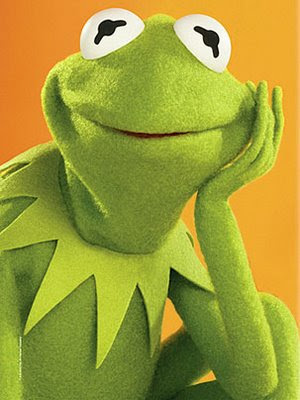 I think I'm oh for 2011 in terms of picking football, so this is utterly meaningless, but I'd really like to see an all-green Super Bowl. Go Jets, go Packers. It's more reactionary than anything else (though I do like Aaron Rodgers and have fond childhood memories of rooting for the Jets) -- it's more anti-Bears/Steelers than pro-Pack/Jets.

The Bears are more of a shrug than anything else -- don't mess with my state, Jay Cutler, but if they do advance ... well, I've got a lot of friends and family from Chicago and if they're happy, cool. The Steelers are a different story; I don't know if there's an athlete that I hate as viscerally as their (allegedly!) subhuman quarterback. I'd rather Roethlisberger never feel anything approaching happiness again, but that being difficult to guarantee, I'll settle for Pittsburgh losing.

To that end, I'm rocking the one green shirt I have (a Corrosion of Conformity t-shirt). And deep down, reluctantly, I'm getting myself emotionally ready for Steelers-Bears.

My first read for the Eastern European book challenge, and it's a doozy: a jittery and blackly humorous journey as a Polish junkie plummets straight downhill. Reality and hallucination overlap; it's a wild and difficult ride but really good. And you know what? The author was 19 when she wrote this. Jesus.
Posted by gsdgsd13 at 12:17 PM 2 comments: 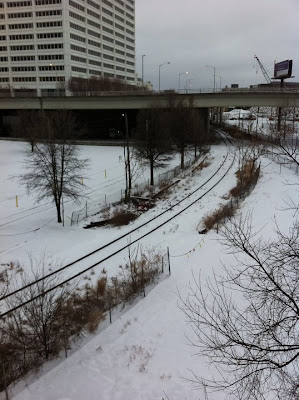 Even as difficult as the last few days have been, I wasn't all that thrilled to see the sun out this morning. Not just because that convinced a lot of people who shouldn't drive that it was okay (though that contributed). But for a few days, Atlanta was silent and otherworldly, peaceful and empty.

I have good memories of being snowed in from childhood. They're undoubtedly romanticized and I doubt my parents would feel the same way, but the memories are pleasant: always looking out at an empty, scrubbed world, rarely if ever interrupted by day-to-day life. 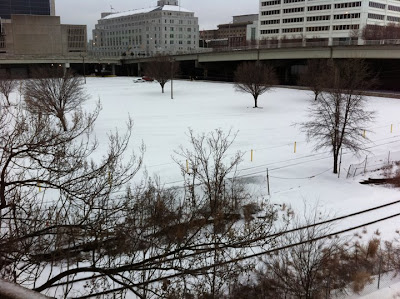 I didn't get to be snowed in this week. My job's of the "neither snow nor rain nor heat" variety (though the postal service obviously isn't -- haven't seen those suckers since Saturday), and I've been driving in slowly every day. It's been kind of nice, though. Atlanta's chaotic streets all to myself. 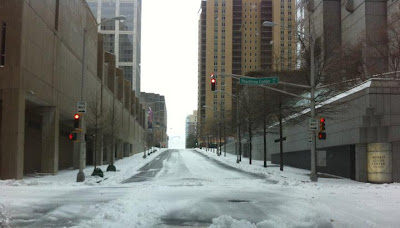 We really get these ice storms down here about once a year -- natives would have you believe it's once a century -- but this was one of the craziest I remember in my 11 years. There was a really big one (most of the city lost power) right after I moved here, in 2000; another maybe five-six years ago. It's been impressive, traumatic, and in a weird way, kind of fun. Winter's really beautiful down here. I wish it lasted longer.

Earlier in the week I was kicking around a post about the Tucson killings, trying to work through my feelings about this happening in one of my old hometowns, but I dropped it (if this leaves you with a feeling of loss, trust me, you'll find plenty more bad writing about it elsewhere on the internet). In a way, reading this helped me calm down. Judt made the world seem so sane. I've said this before but reading his books, I would find myself thinking that "if I could just get people to read this, they'd understand so much." That's probably what people think about "Atlas Shrugged," too.

This is a collection (the final one, I believe) of the short reminiscings that he dictated as motor neurone disease slowly took him away. Less political than personal, they nonetheless show what a dazzling thinker he was.

My Judt fandom is no secret; I think everyone should go to Amazon and buy all his books right now. Reading "The Memory Chalet" left me with a real sense of loss. There are hints of so much more here; if not for his illness, there could have been 10, 15, 20 books to come. In their absence, his existing body of work still stands strong, and this is a worthy addition.
Posted by gsdgsd13 at 7:12 PM No comments:

I should've read this some time back -- there's a scarcity of good books on the events in Prague in 1968, and while that's only a fraction of Kurlansky's book, he covers it very well. I learned quite a bit from the rest; while I'm pretty familiar with the year's events in the U.S., Czechoslovakia, and France, I wasn't so hot on Poland and Mexico. Kurlansky sure can write -- I remember liking his "The Basque History of the World" a ton -- and I'll hunt down some of his other books.

I'm never much for reading challenges, but this one -- The Black Sheep Dances: The 2011 Eastern European Reading Challenge -- seems tailor-made for me. So I'm jumping in. I'm going to strive to read authors I haven't read before. That won't be entirely possible -- with two new Ismail Kadare books since the last one I read, I'm going to have to read at least one -- but for the most part I'll explore some new folks. Oughta be fun.
Posted by gsdgsd13 at 8:54 PM No comments: